Innovation in mining with IoT and AI monitoring technology

Like many industries, mining is being transformed by technologies like the Internet of Things (IoT), Artificial Intelligence (AI) and machine learning.

The ability to instantly gather and analyse environmental and equipment data, and carry out real time risk and area assessments is a big benefit to large scale operations, particularly those like mining, when operatives are working in a compact, changing and potentially dangerous environment.

From increasing automation and removing human operatives from dangerous environments, to real time atmospheric monitoring and safety alerts, to more efficient operations through equipment monitoring, new connected technology is having a massive impact on the future of the mining sectors.

But are IoT and AI technologies really the beneficial platforms they appear to be? And what exactly can they do for mining operations?

The mining industry is a large and diverse eco-system. UK-listed mining companies had a total market capitalisation of $425bn according to figures published by UK Trade and Investment, more than any other financial market in the world.

Mining involves various operational techniques, and equipment and technology, depending on the mineral being explored for and extracted. Because of this, operations can be extremely expensive, while the potential for waste and inflated costs due to inefficiency is great.

Even before mining operations begin, exploring and discovering where to actually set up can be time consuming and expensive, but new technology, which can monitor environments and report back on ground materials make this process much simpler and more efficient.

Similarly, data collected during the initial operation or set up can ensure everything is being managed correctly, and that safety is maximised based on the information gathered on environmental and structural analysis.

Mine layouts and vehicle paths can be worked out and assessed above ground and ensure routes are optimised for exploration and extraction, while flagging any potential safety hazards well in advance of workers getting near them.

Doing this also allows for mining operations to be more agile and responsive, with problems or hazards being identified well in advance of them becoming an issue and reducing the prospect of projects stalling while solutions are found after work has already started.

One of the biggest, and most obvious, risks of any mining operation is the need to haul large pieces of equipment around often confined spaces, and within close proximity of human workers.

According to the health and safety executive, there were four fatalities in the mining and quarrying industries in 2016/17, highlighting that serious risks still do exist in these sectors despite a renewed focus on safety.

Health and safety has become a much more high-profile issue in recent years but, while more is being done to make mines safer, they remain hazardous and dangerous environments and every advantage is needed in the fight to keep workers as safe as possible.

IoT and AI can be a huge boost to this equipment by enabling it to supply and analyse real-time data instantly, and send warnings to individual miners, no matter where they are located.

Using this kind of technology to assess a new or unexplored environment with automated machinery is also a massive safety benefit and can protect miners from injury or long terms health hazards.

Assessing environments in this way also removes the need for human exploration, or for workers to be moved into a new environment until it has been deemed safe, while also removing the requirement to move large items of equipment around unnecessarily.

AI technology can also predict when machinery is likely to require repairs or maintenance and removes the danger of equipment malfunctioning while it is being used and potentially causing injury.

Control and display monitoring units already carry out machine and equipment monitoring, but giving this equipment the ability to predict problems, rather than only alerting to problems after they’ve happened is the next step to improved worker safety.

These benefits are not being lost on the mining industry, and many businesses are already taking steps, or are planning to, in the next few months and years.

About 40% of mining organisations have plans to implement IoT solutions within the next 18 months, according to a report into the future of IoT in Enterprise, with 44% of citing health and safety as the main reason for investigating these solutions.

Mining operations consume large amounts of energy and resources during projects and any kind of inefficiency in equipment or working practice can exacerbate this energy waste greatly.

As we’ve already touched on, using IoT enabled devices and AI to monitor, collect and analyse data in real time vastly reduces the chance of energy, time or cost wastage by ensuring all elements of the mining operation are running at maximum efficiency.

Ensuring equipment is operating to full capacity and giving early warning when equipment is failing means repairs can be made sooner, meaning reductions in down time later on or once equipment stops working altogether.

Similarly, environments can be constantly monitored for atmospheric or structural changes and workers can be warned or evacuated and solutions found before anyone is put at risk or operations have to be shut down and re-evaluated.

Mining is a vast and complex part of the world economy and operations carry a great deal of risk, both in terms of commercial and risk of injury or death. New technology is making it easier to ensure greater worker safety during digging and exploration operations while commercial efficiency is becoming much easier to attain.

Companies are under an obligation to ensure environments are operating properly and safely for workers and using technology in a better way is a key means of achieving that.

Our eBook 'Connected Technology and the future of industrial safety technologies'  discusses the role of AI in improving the efficiency and safety of industrial operations. Click the link below to find out more:

The real price of dealing with portable multi-gas detection monitors

Trolex to exhibit at Contamination UK 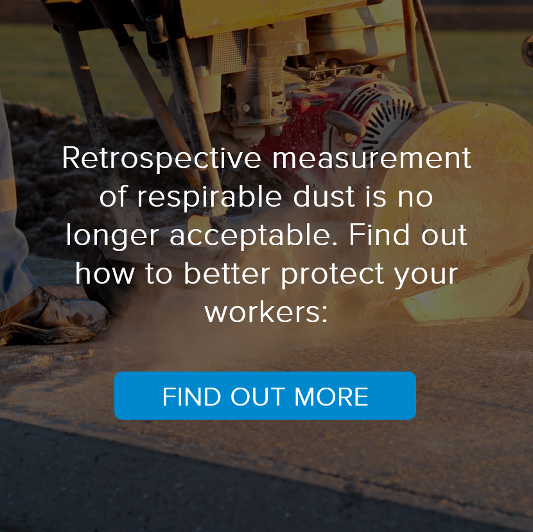